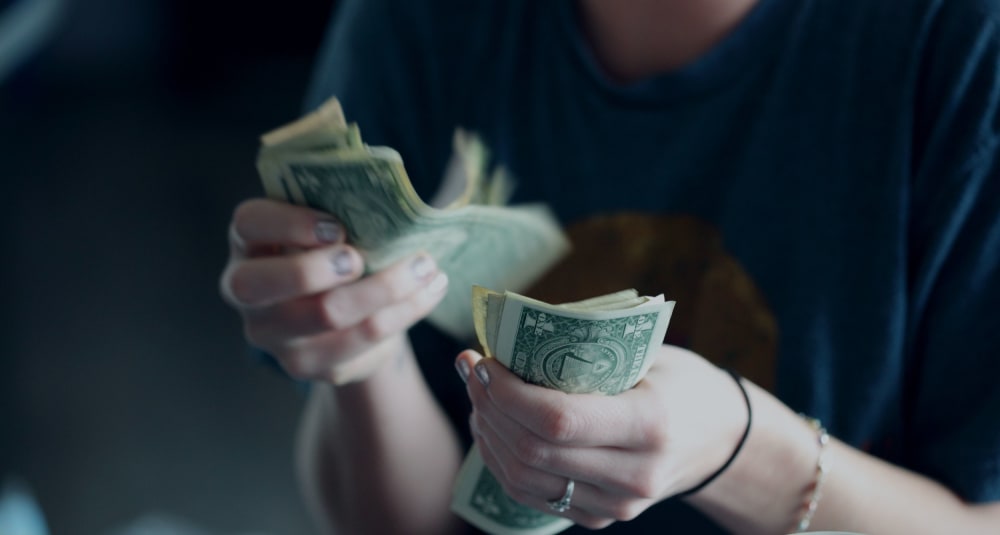 You obviously know to tip, but how much to give, whom to give it to, and most important, where that money is actually going are still largely a mystery. In this guide to tipping we break down that confusion.

Whether you’re relocating to a new apartment in the same city or to a completely new town, moving is an expensive thing to do. Sure, you could rent a U-Haul or bribe your friends with free beer or baked goods to minimize the cost. Or you could be like me and go for the easier (read: more expensive) option and task a moving company in Rogers Ar with the heavy lifting.

But right when you think all is said and done and your most prized possessions and weird trinkets are in your new place, and you’ve started to think about where the couch should go in the living room, I’m sorry, but you’re not actually finished. You now have to pay the big bucks and tip the people who just carried your 60-pound mattress up and down dozens of stairs, miraculously fit the old couch through your new very narrow doorway, and more things your God-given strength couldn’t possibly fathom. Yes, that would be your movers Rogers Ar.

So how much exactly do you need to shell out? Well, as with all tipping, it’s a little tricky. So we talked to representatives from moving companies across the country to find out how much to tip, what to consider, and more in your respective geographical locations. Read on for their expert opinions.

How Much Do Movers Actually Make?

It changes from city to city, but most movers are paid hourly—the rate ranges from $14 to $30 an hour depending on experience—and tips aren’t at all included in that.

Tipping preferences vary throughout the industry, but Dave Johnson, operations manager at Razorback Moving LLC in Rogers, Arkansas, recommends an easy formula that can determine your specific golden number. He says, “I recommend $10 per hour, per mover. So say a trip is four hours. A standard tip comes out to $40 per person.”

Another important thing to consider is the environment in which the movers are working. For the movers at Razorback Moving LLC Fayetteville, which also has locations in Rogers, Springdale, Bentonville and Miami Fl, the weather is an important factor. They expect bigger tips in the hot and humid summer months, which also happens to be their busiest time. “It’s a cyclical industry,” says Omar, who’s been working at the moving company for two years. “So in the summer, when we’re open seven days a week, tips tend to be higher because it’s so hot outside. We’re sweating, so it’s visibly noticeable how hard we’re working.”

Jon Micheal, who owns Lift It Moving and Storage, which also serves the Northwest Arkansas area, South Missouri, and southeast Florida, says his movers don’t expect any monetary compensation. “They hope for it, but we don’t demand it,” he says. He recommends tipping 20 percent of the final cost just as you would a waiter in a restaurant. But he does find that their customers tip “a little bit more” if the movers work on major holidays like Christmas and New Year’s and, as in Florida, the summer.

On the other hand, Billie, who works at Rogers’s Russell Storage as its office manager, doesn’t suggest a specific formula. “I can’t say just give them 10 percent or 20 percent,” Billie says. “It doesn’t work like that.” Instead he leaves it up to the customer and their level of satisfaction. “I recommend always do whatever makes you happy,” he says. “However, it’s usually between $20 to $100 per person depending on how big the move is and how happy you are, of course.”

For Johnson, whose company caters to the greater Northwest Arkansas area, the type of home is an important factor, especially for the Pinnacle neighborhood, which is notorious for its steep hills and staircases. “Rogers has really old buildings that don’t have elevators,” he says. “For my personal recommendation, I would say if you have a move that’s a fifth-floor walk-up going to a fourth-floor walk-up, I would tip very well [because of the moving labor involved].”

Do You Tip Before or After?

Mostly everyone tips after the job, Johnson says, but there’ve been a few instances where people have tipped ahead of time. “There’s a story around the office, where before we even got started, this guy gave us a big tip and said, ‘Thanks for helping.'” But, Johnson warns, that comes with a risk. While it could motivate movers to go above and beyond, it could be reason for them to do the bare minimum since they’ve already been tipped. (But most movers stress it’s hopefully the former.)

With some moving companies, though, this isn’t an issue. For example, Lift It Moving and Storage doesn’t allow or accept tips until the move is finished. “The work is not done,” says Jon, who has owned and operated the company for 12 years. “How can someone tip if they don’t know how the moving service was?”

Do You Have to Tip Everyone Involved?

Well, yes. Even if you find that one mover is really doing more than the rest, both Razorback Moving LLC and Lift It Moving and Storage have company wide policies that require the lead mover to split the tip evenly.

REFRIGERATORS* (UP TO 15 YEARS OLD)